STERRETT, Ala., June 24, 2021 /PRNewswire/ — Medjugorje is the small village in the former Yugoslavia where the Virgin Mary started to appear to six youth on June 25, 1981. The Virgin Mary has continued to appear daily for 40 years. Over 50 million pilgrims have visited Medjugorje since 1981. 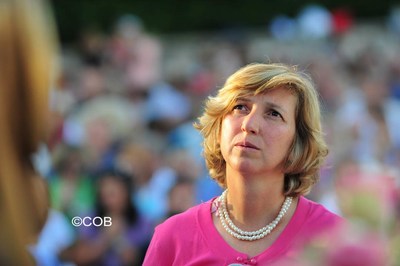 The Virgin Mary identified Herself as the Queen of Peace. Hundreds of millions around the world have followed the messages Mary has given.

The Virgin Mary has told three secrets. These «secrets» will be released to prove to the whole world Her apparitions are real. The 40th anniversary, June 25, 2021, is believed to be a marker for the secrets to be released sometime in the near future.

The six people known as the «visionaries,» said that God sent Mary to the world to tell us God exists.

Caritas of Birmingham, in Sterrett, Alabama, is the largest center in the world propagating these apparitions. Caritas has been fondly referred to by pilgrims as «Mejabama,» meaning «Medjugorje Alabama.»

Because of coronavirus and travel regulations, pilgrims from across the United States began to gather this week at Caritas of Birmingham, celebrating the Medjugorje 40th Anniversary.

In 1988, one of the Medjugorje visionaries Marija Pavlovic, came to Birmingham and stayed in the home of Terry and Annette Colafrancesco. Marija was in Birmingham to donate a kidney to her sick brother.

After one such apparition, Marija relayed that the Virgin Mary wanted a community to start at the site.

Now, a community of believers prays and works at the site surrounding the Colafrancesco home. Since 1988, Caritas of Birmingham has become the destination for hundreds of thousands of pilgrims.

Terry Colafrancesco, founder of Caritas of Birmingham said, «We do not try to convince people about what has happened here. You will feel it when you come. The proof is that this was nothing but a cow pasture. Now, it is the largest Medjugorje center in the world. Only God can do that.»

Some of the media outlets that have covered the Medjugorje phenomenon are: ABC 20/20, the BBC, Reader’s Digest, National Geographic and Life Magazine. The 20/20 segment, Life Magazine, and a special Martin Sheen documentary on Medjugorje were produced with the help of Terry Colafrancesco.

Numerous scientific studies of the Medjugorje apparitions culminated in a final scientific declaration released on March 10, 2010, which stated that the visions are «absent of deceit.»

The Roman Catholic Church has yet to make a formal statement on the apparitions, but the faithful are free to venerate and promote Medjugorje.

According to the Diocese of Birmingham, Terry Colafrancesco and the Caritas Community are Catholics in good standing.

Ruth McDonald, a spokesman for Caritas said, «Caritas of Birmingham has been considered a place of conversion for thousands through the years. What has taken place here has been even beyond what God did at the Fatima and Guadalupe apparition sites. Those two places had 11 apparitions combined. Here in Alabama, there have been 204 apparitions.»

People wanting to pray at Caritas for the Medjugorje 40th anniversary, are encouraged to come for the daily Rosary at 11:00 AM, the time that the Medjugorje visionaries will witness their vision of the Virgin Mary.

Other talks will also be held throughout the two days. Updates are posted on Medjugorje.com, the official Medjugorje/Caritas website. 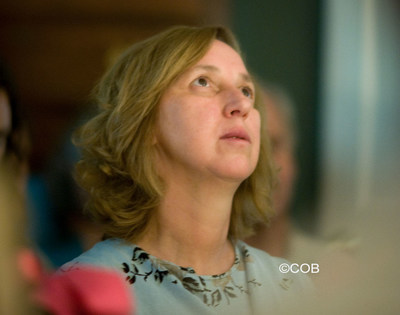